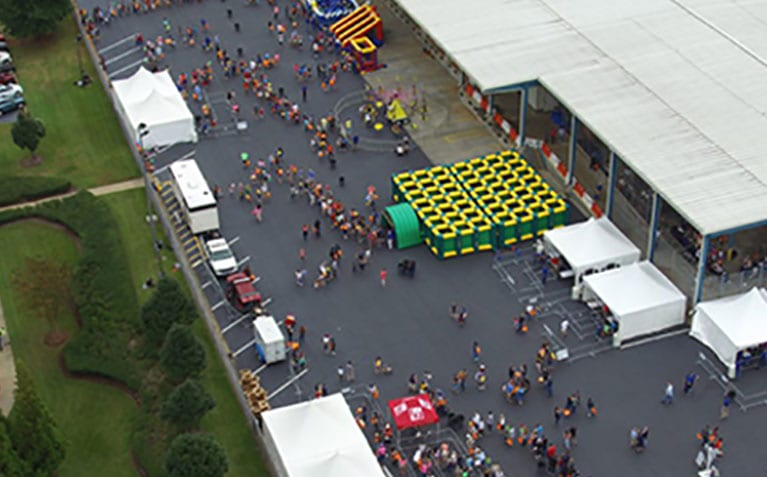 The weather was perfect and the county fair atmosphere attracted the largest ever turnout of registered members for the 2017 Coweta-Fayette EMC Annual Meeting and Member Appreciation Day. It’s estimated over 3,500 people came to learn about the cooperative and see who would take home this year’s grand prize – $1,000 credit on their CFEMC electricity bill

Children lined up for their turn to play in the Laser Tag Maze; take a swing at the Knock Me Out inflatable; and go for a ride on the Turbo Tubs and Turbo Swings.  Cotton candy and crafts were a children’s favorite too.  They even got a chance to see what being a lineman would be like in the Little Lineman Photo Booth.

While they played, adults visited exhibits including Relyco Resources where they learned about home automation and security; the EMC at Your Fingertips gave members a chance to check out how our app works; Operation Round-Up showed members how their pennies were making a difference; Green Power EMC was on hand to answer questions about solar energy; Piedmont Hospital of Newnan and Fayette provided screenings and health information; and True Natural Gas was on site celebrating 15 years of service to EMC members. Members also received a LED lantern as a special registration gift.

The annual meeting brings members together to participate in the democratic cooperative process – electing their board members and learning more about the cooperative business. This year, James W. Fulton, Jr. (Seat 3 Fayette County), Elwood Thompson (Seat 2 Coweta County), and Ross Henry (Seat 1, Counties other than Coweta and Fayette) were reelected for three year terms.

During the business session, Board Chairman James Fulton welcomed members and shared highlights from the previous year.

“We continue to be one of the few electric cooperatives in the country to consistently experience growth,” Fulton said. “Since out last annual meeting, we have grown to over 78,625 members, which makes us the eighth largest co-op in the state of Georgia and one of the top 50 largest in the entire country. To stay ahead of this and future growth, as well as “game changing” advances in technology, energy accessibility and availability, and government relations, we continue to review and update our strategic plan for the co-op.”

Fulton went on to assure members that CFEMC was strong financially.

“At our last board meeting, our outside independent auditor reported that your co-op continues to be in a very strong financial position and that, more importantly, our rates and operating ratios, to you our member/owners, continue to be lower than co-ops of similar size throughout the nation and lower than the average rates of most other co-ops and utilities in the state of Georgia.”

Chris Stephen, President and CEO of CFEMC, shared how the EMC’s future vision is one designed to help our communities grow and prosper.

Stephens shared how the EMC had grown from powering single lamps hanging in homes to serving some of the area’s largest industrial loads.

“In 2016, CFEMC delivered over 1.5 billion kilowatt hours to your homes and businesses. Electricity powers more than lives. We know dependability matters. That’s why we are there, no matter what occurs. We are on call 24 hours a day to meet your needs. Our outage time per member were under the both the state and national averages.

“Secondly, CFEMC is trustworthy. The Summer 2017 Georgia Public Service Commission’s residential rate comparison for an average use of 1,000 kilowatt hours per month showed Coweta-Fayette EMC’s rates ranked 22nd lowest out of the 94 other electric utilities in the state. Georgia Power ranked 53rd. Thanks to the financial strength of your EMC, the Board of Directors approved the return of over $3.4 million in capital credit refunds this year. The most recent returns covered the years of 1994, 1995 and 1996. Your Board of Directors have approved the return of nearly $24 million since 2000.”

Lastly, Stephens talked about how the EMC is using innovative technology.

“We have made investments in technology that paid dividends during the recent Hurricane Irma. In addition to the great work by our employees and with the help of others, our use of technology assisted us in restoring electric service to 40,000 of you within 72 hours. During Irma, we used technology to refeed some areas from other substations so that the outage times were much shorter. We used our mapping and outage management system to pinpoint where problems were on the system and were better able to identify the equipment and manpower necessary to repair the facilities damaged from the storm.”

The business session concluded with the awarding of the major prizes.

Members receiving the prizes were: 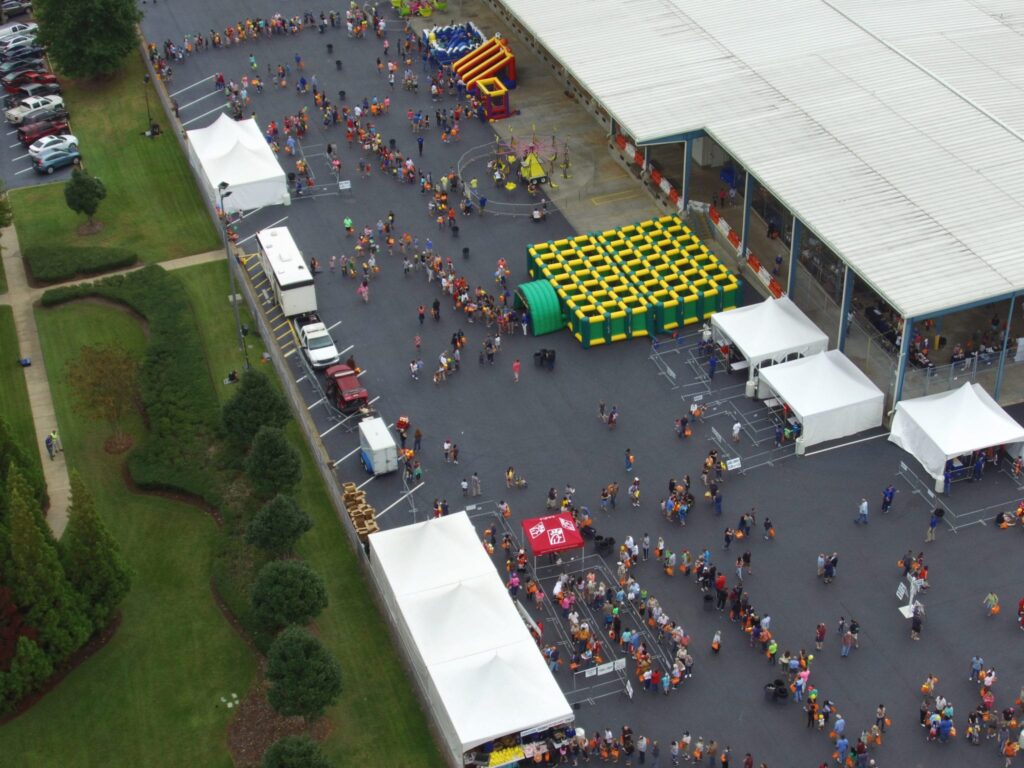