House Bill 767, the “Move Over for Linemen” legislation, requires any motorist approaching utility linemen at an active work site—indicated by traffic cones or flashing yellow, amber, white or red lights—to change lanes or reduce speed to a reasonable and proper velocity below the posted limit. Any motorist who fails to change lanes or decrease speed may be fined up to $250 per incident. The new bill, effective July 1, applies to all types of utility workers, including electric, natural gas, cable and telecommunications personnel, as well as right-of-way crews and utility contractors.

The new law and added protections are critical to safeguard workers. According to the Georgia Department of Highway Safety, emergency vehicles parked beside a highway are vulnerable to crashes, even with emergency lights flashing. Consequently, the original law (passed in 2003) was created to reduce the number of injuries and fatalities to police officers, paramedics, firefighters, wrecker operators and highway maintenance workers by keeping an open buffer lane between passing highway traffic and authorized roadside emergency vehicles.

Gov. Deal signed the bill during a statewide event to recognize Lineman Appreciation Month (April). The EMCs, Georgia Power, a number of municipal systems, Electric Cities of Georgia, MEAG Power and others gathered at the State Capitol as Gov. Deal, legislators and the public said, “Thank you!” for the dedication and sacrifice it takes to keep the lights on. 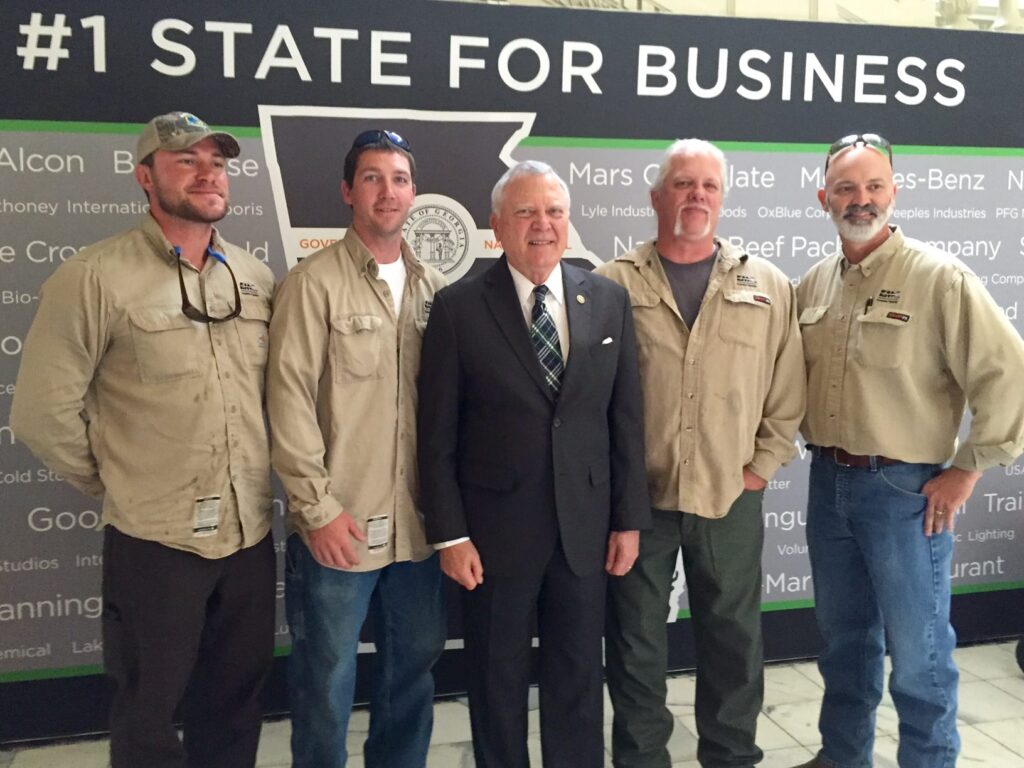